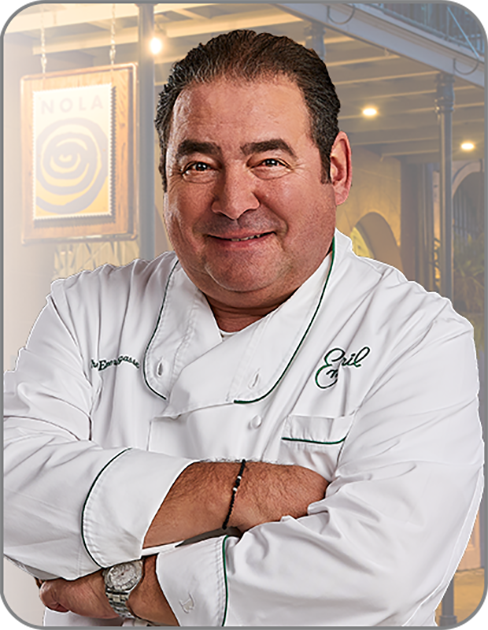 Emeril Lagasse is an Emmy-winning television personality, the chef and proprietor of 11 restaurants, a cookbook author, and a philanthropist. He is a James Beard Award winner known for his mastery of Creole and Cajun cuisine, which inspired the development of his "New New Orleans" style. Chef Emeril is most notable for having appeared on a wide variety of cooking TV shows, including the long-running and highly-rated Food Network shows Emeril Live and Essence of Emeril, and most recently, Amazon's original series Eat the World with Emeril Lagasse. 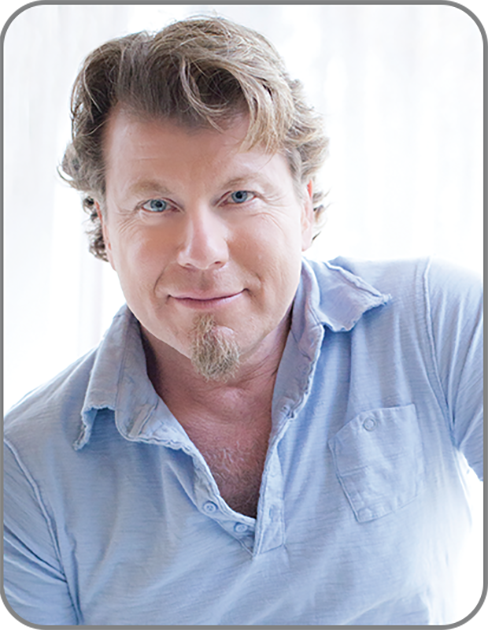 Culinary expert and spokesperson for our Copper Chef and PowerXL Brands, Eric Theiss is a best-selling author of various cook books, and one of the most prominent authorities on cooking in the nation. 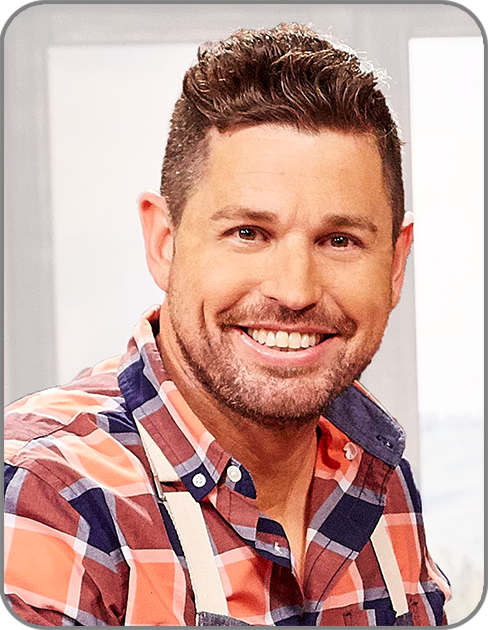 Award-winning chef, author, and restaurateur Ryan Scott is the spokesperson for the Trusted Butcher brand of knives. A graduate of the California Culinary Academy, Ryan has cooked and learned in the kitchens of many of the country's best chefs, including Gary Danko. You may recognize Ryan as the Emmy award-winning host on Food Rush as well as from his many appearances on Good Morning America, NBC's Today Show, Beat Bobby Flay, Rachael Ray, The Talk, HSN, Top Chef, Bar Rescue, and more. 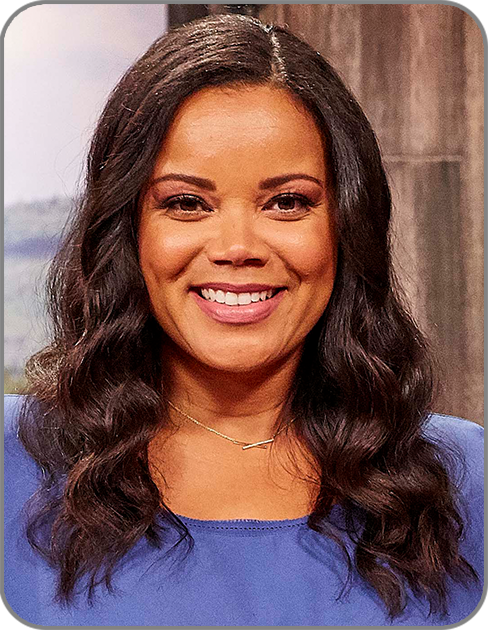 Kimberly Locke is an American singer-songwriter, TV host, and fashion model. She gained celebrity status as the second runner up in the 2003 American Idol reality TV series, and in 2007, she lost 40 lb. as a contestant on VH1's Celebrity Fit Club.

Locke has enjoyed a successful career as a recording artist with eight top 20 Adult Contemporary hits and four #1 dance hits. She is the only vocalist with a #1 Christmas song on the Billboard Adult Contemporary chart three years in a row. She has hosted various red carpet events for "E!," "American Idol" "Extra" and more, and has co-hosted multiple episodes of ABC's hit show "The View."

Locke is actively involved with the charity One Heartland, where she sits on the board of directors. 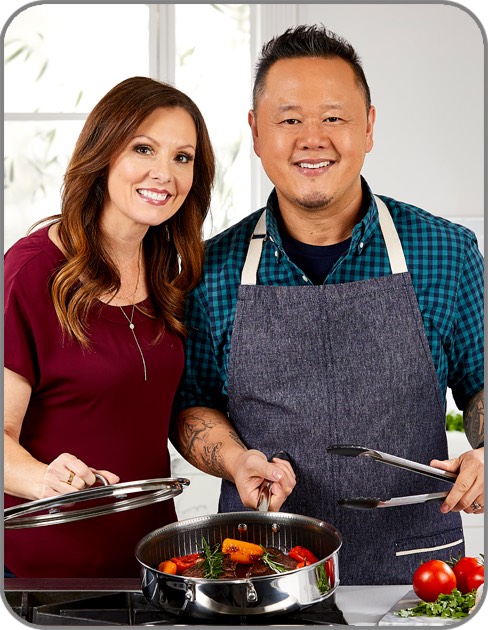 Chef of the moment Jet Tila is an American celebrity chef, restaurateur, Iron Chef, and Le Cordon Bleu graduate. He is well known for his amazing recipes, including his wildly popular Drunken Noodles recipe, and for his numerous TV appearances on shows like "No Reservations," "Chopped," "Cutthroat Kitchen," "Beat Bobby Flay," "Guy's Grocery Games," "Iron Chef America," and "The Best Thing I Ever Ate."

Chef Jet was born into the "first Thai food family" in Los Angeles, where his parents established the first Thai restaurants and markets in the United States. He currently serves as a culinary ambassador for Thailand appointed by the Royal Thai Consulate-General, Los Angeles.

Chef Jet is married to pastry chef and culinary educator Allison Tila, with whom he often collaborates. The couple live with their children in Los Angeles. 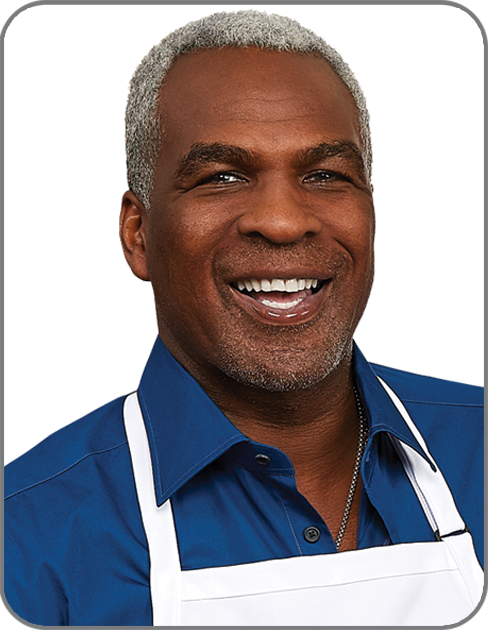 Basketball legend Charles Oakley is a natural entrepreneur and has launched many businesses, including steakhouses in Cleveland and Miami. Oakley believes every home kitchen deserves the cooking capabilities found in his steakhouses. The Black Diamond pans let you bring restaurant-quality cooking into your kitchen. 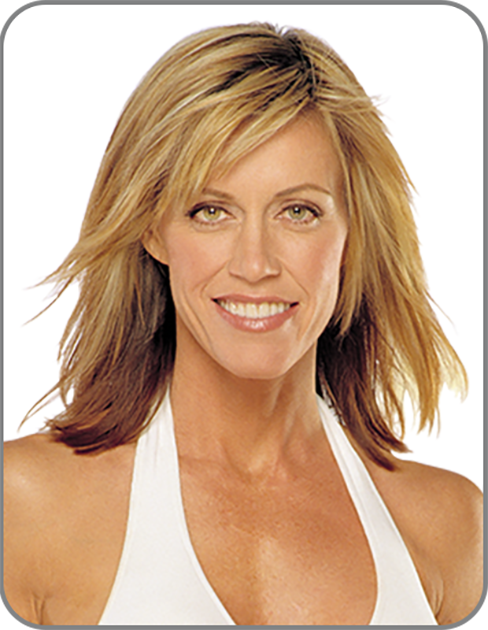 Brenda is one of the fitness industry's best-known experts, with over 80 exercise videos, covering topics as diverse as disco, combined whole-body moves, and spinning. With Tristar Products she has established the Lateral Thigh trainer as one of the most successful infomercials of all time! With over $100 million in sales, Brenda and Tristar make a successful and highly profitable team, showing that the Tristar Products celebrity network is always the right choice. 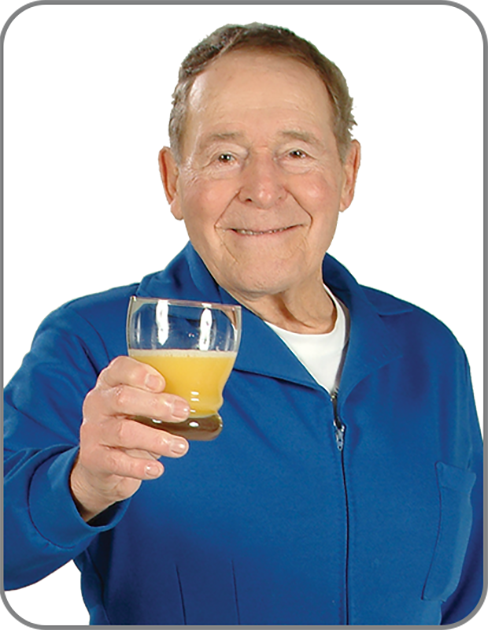 The original juicing expert, Jack LaLanne was the world's longest-living fitness expert, famous for his original fitness shows and clubs. He also pioneered the worldwide trends for health food, especially juicing. With his love of juicing and his partnership with Tristar Products, he became the icon of healthier living and established one of the most successful branding businesses, now with over $100 million in retail sales and still going strong.