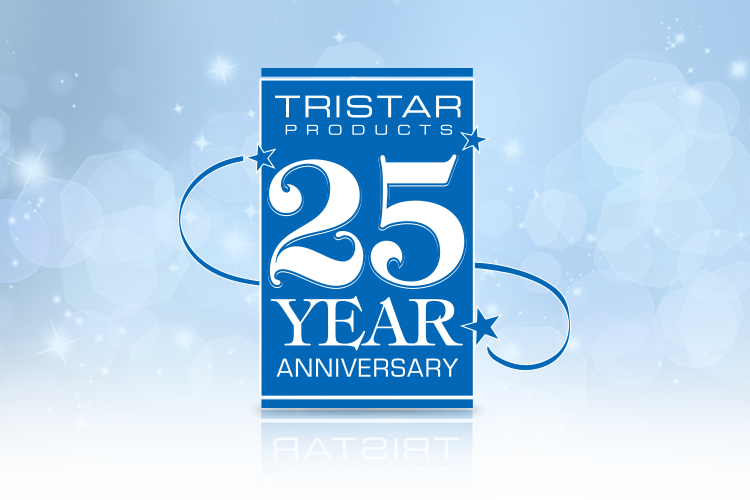 FAIRFIELD, NJ (June 7th, 2017) – Since its inception in 1992, “As Seen On TV” giant Tristar Products, Inc., has become one of the largest direct response marketers in the industry— both domestically and internationally. This August, the team at Tristar marks their 25th anniversary as the premiere, internationally recognized direct marketing company.

“In the past 25 years, Tristar has truly revolutionized the DR market. We’ve transformed thousands of ideas into branded products distributed worldwide. Our unprecedented success stretches across multiple categories and enjoys rave reviews, including cookware, home appliances, fitness equipment, sports gear, health / beauty, and apparel. I have the privilege to say we enjoy media power in over 100 countries,” said Keith Mirchandani, President and CEO of Tristar Products. “We look forward to future growth as we remain dedicated to high quality, rewarding innovations, and the satisfaction of our loyal customers. We plan to celebrate this great milestone with various events throughout the year at Tristar HQ.”

“I’m honored to be working with a company that consistently launches extremely well reviewed, number one brands, year after year. Our success has allowed us to become closely involved with various charities, most recently the Toy Industry Foundation,” says Norah Alberto, Director of Global Brand Communications at Tristar. “We were able to donate nearly $3 million dollars’ worth of Bandaloom Looming Kits that will be distributed across North America and internationally to children in need. To top it all off, we’re thrilled that the Tristar documentary, Godfather of Fitness, profiling the life of fitness legend Jack Lalanne, was chosen to premiere in this special anniversary year at the Tribeca Film Festival in New York, NY.

Tristar’s 25th anniversary comes on the heels of their most recent brand launch, Copper Chef Cookware. The brand’s first introduction, a 6-in-1 deep dish square pan with various line extensions and new product developments, is estimated to exceed 20 million units sold thus far. In 2000, the Jack LaLanne Power Juicer was Tristar’s first product to exceed one million units sold. Launched in 2011, the Genie Bra quickly became the best-selling bra in America two years in a row and was subsequently developed into a full lingerie and apparel line. In 2014, the highly rated Power Pressure Cooker followed, outselling all other units combined in its category for that year.